The Corfu Museum of Asian Art and the Embassy of Japan in Greece were pleased to organize a series of Origami workshops (Japanese art of paper folding). Origami Master, Ms. Sonoko Fujii, came to Corfu from Japan to instruct origami in Greek language. This year, the theme of the origami workshops was “Lafcadio Hearn”, a Greek-Irish writer who lived in Japan in the 19th century and introduced the tradition and literature of Japan to the West.

Participants had the opportunity to visit the exhibition entitled “Lafcadio Hearn. The Unfamiliar Japan” which includes rare editions of Hearn’s selected essays, first editions and original writings. The exhibition is enriched by woodblock prints (Ukiyo-e) of major Japanese artists like Hokusai (1760-1849), Kunisada (1786-1864) and Hiroshige (1797–1858).

The workshops held with great success during the 11th and 12th of June 2018 at the Corfu Museum of Asian Art. The entrance of more than 100 participants of all ages was free.

The events were curated by Ms. Despina Zernioti, Director of Corfu Museum of Asian Art and Ms. Yukiko Fujisawa, First Secretary, Cultural and Protocol Section of the Embassy of Japan in Greece. 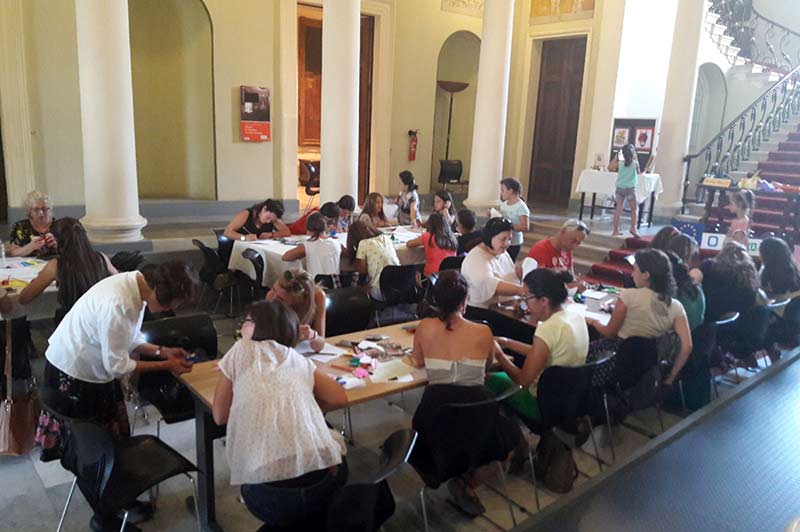 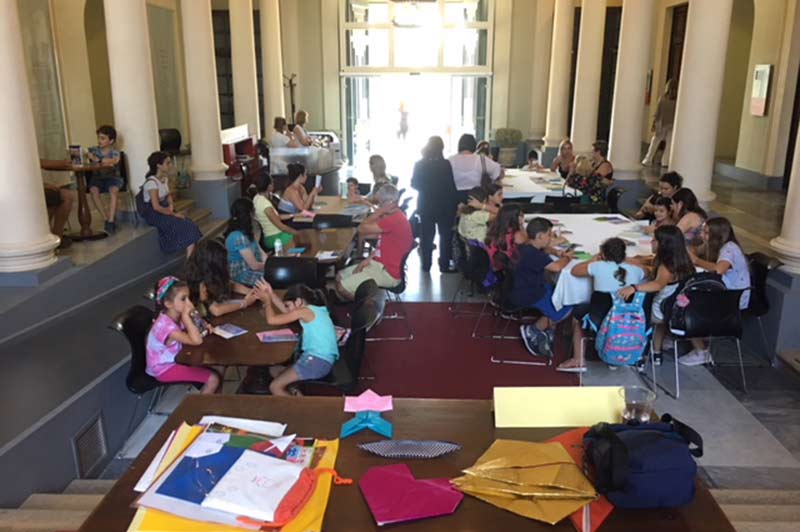 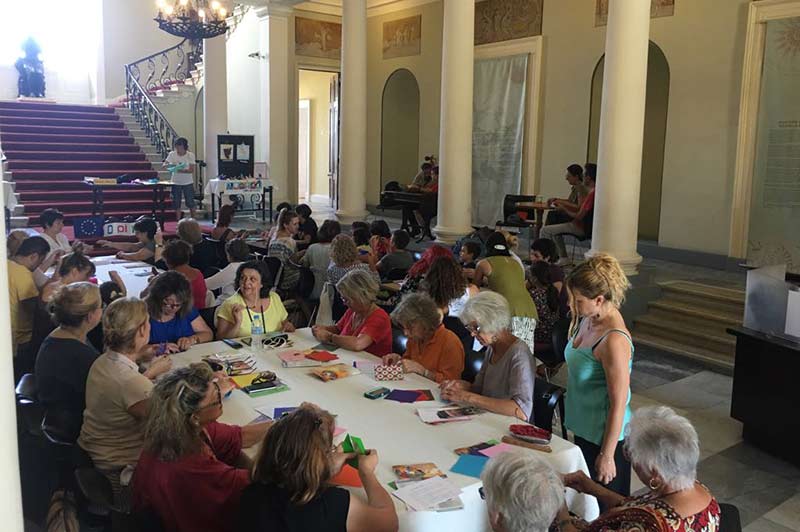 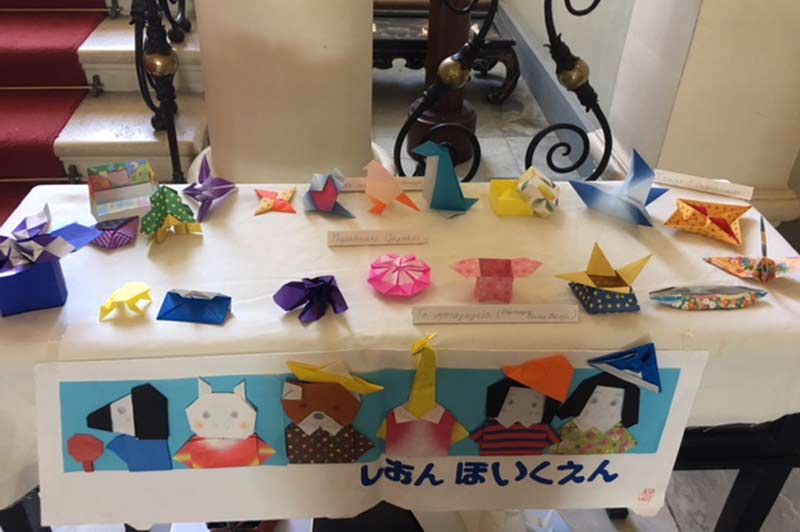 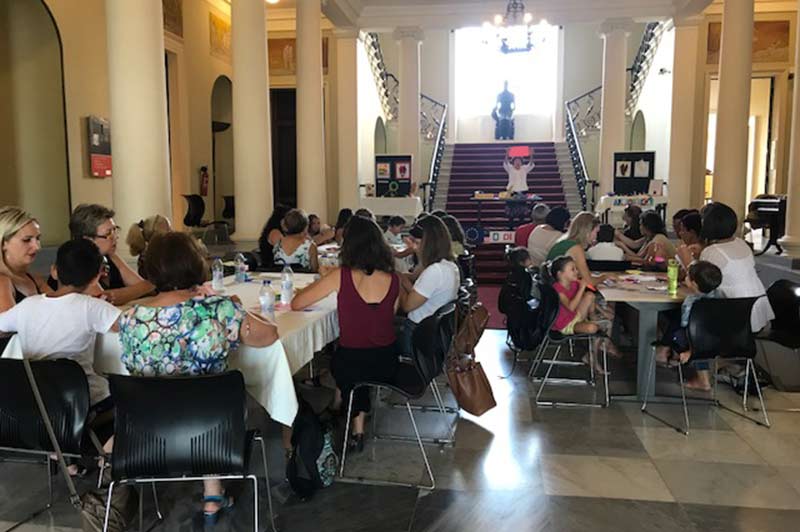 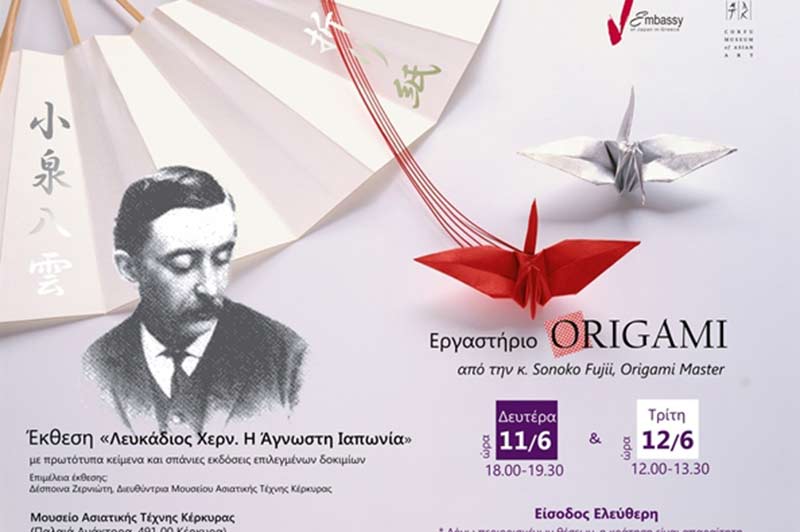