The museum’s collection of Japanese art consists of about 6,200 items. The bulk of the collection comes from the Manos bequest (1927) and Hatzivassiliou bequest (1974)
The antiquities date from 10.500 to 300 BC to the 19th century AD. The Museum’s collection covers all periods of Japanese art as the origins of Japanese culture reach as far as the 6th century AD, while its continuation includes contemporary works of art, such as ceramics, which are made in the traditional manner by famous artists, known as living national treasures.

The art of Japanese painting is presented through works from the Hatzivassiliou and Manos collections in the west wing of the first floor of the Museum. The objects, folding screens, scroll paintings, calligraphy scrolls, and ukiyo-e woodcuts, date from 17th to the 19th century. The collection includes one of the few surviving paintings of Sharaku and a copy of the school Kano school screens that adorned Nijo Castle. Their great artistic importance resulted in their being exhibited, together with other items from the Museum, in the Edo-Tokyo Museum in 2009 and in Paris at the Maison de la culture du Japon à Paris in 2011.

In April of 2015 the Corfu Museum of Asian Art introduced seven new galleries to the public dedicated to Japanese arts and cultures. The exhibition includes the display of objects long-held in the collection as well as a selection of materials only recently donated. The tour begins with exhibits from prehistoric period (13,500 BC-552 AD) followed by the introduction to Buddhism. The Way of Tea, the art of Noh and Kyogen theatre, the life of a geisha and the power of Samurai warriors during the Edo period (1600-1868), allow visitors to explore and gain a better understanding of the rise and development of Japanese arts and cultures. 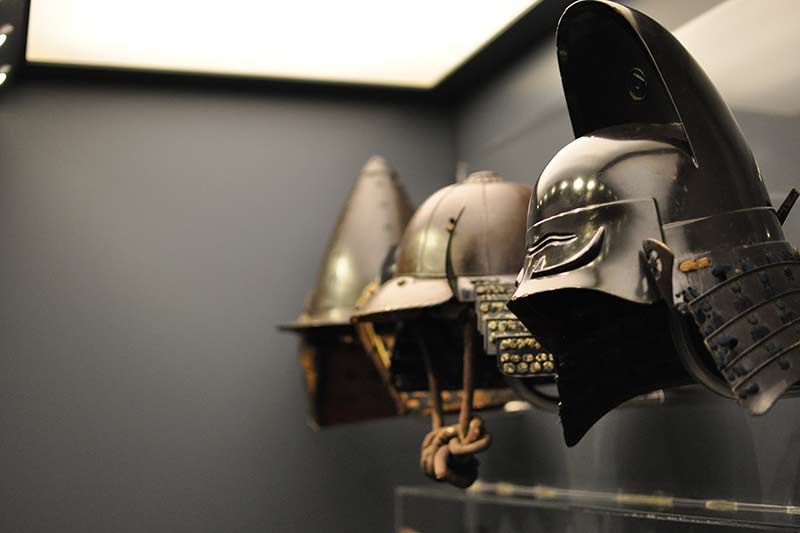 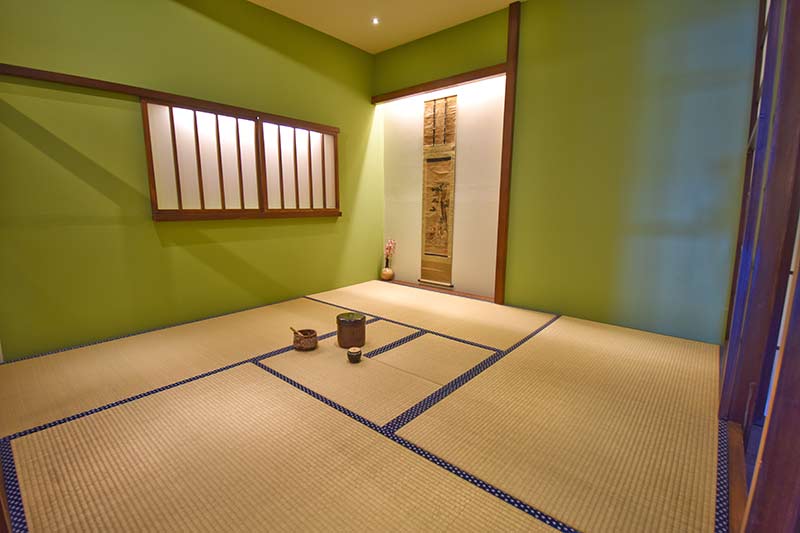 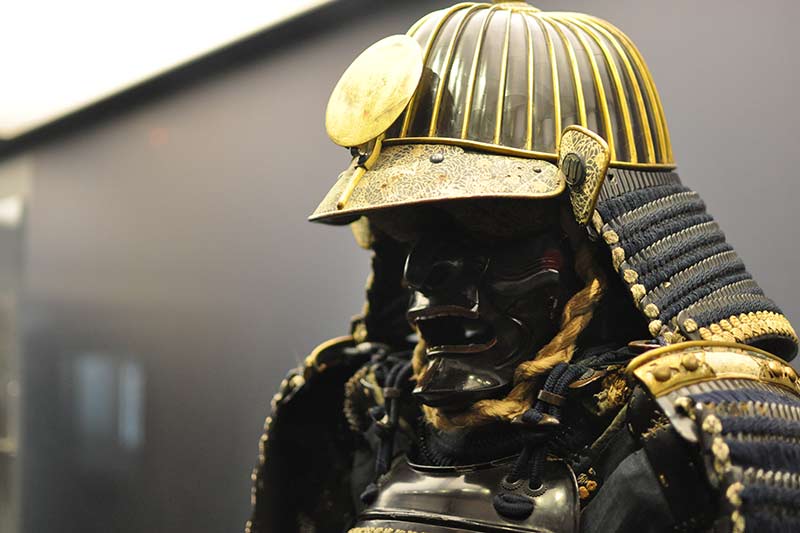 Samurai government overthrown in the name of the Meiji emperor who moves capital to Edo (renamed Tokyo); Modernisation and selective introduction of Western institutions; Wars with China and Russia and beginnings of East Asian empire.
1912
1912
AD 1912 - 1926

The term “byobu” refers to all traditional Japanese screens. Folding screens comprise several panels, joined together and decorated with painted pictures or calligraphy.

A kakemono, «hanging», is a Japanese scroll painting or calligraphy mounted usually with silk fabric edges on a flexible backing, so that it can be rolled for storage.

The term ukiyo-e or “pictures of the floating world” was originally related to a Buddhist view of the ephemeral human existence. However, from the 17th to the 19th century it eventually came to suggest a hedonistic approach of the present, the latest fashions, the search for elegance and the everyday life of Edo’s townsmen (modern Tokyo).

From prehistoric times, Japan was one of the most important cultural centres of the Asian continent. Located opposite China and Korea, there were many influences from the Asian mainland, which, after having assimilated indigenous elements, took on a new form and developed into the unique Japanese culture.

Art of the Edo period

Art of the Edo period - Samurai

With the transfer of the military administrative centre of the Tokugawa Shoguns to Edo, today’s Tokyo, the Tokugawa or Edo period began (1603-1868).

With the transfer of the military administrative centre of the Tokugawa Shoguns to Edo, today’s Tokyo, the Tokugawa or Edo period began (1603-1868).