THE ORDER & THE PALACE OF SAINT MICHAEL & SAINT GEORGE IN CORFU 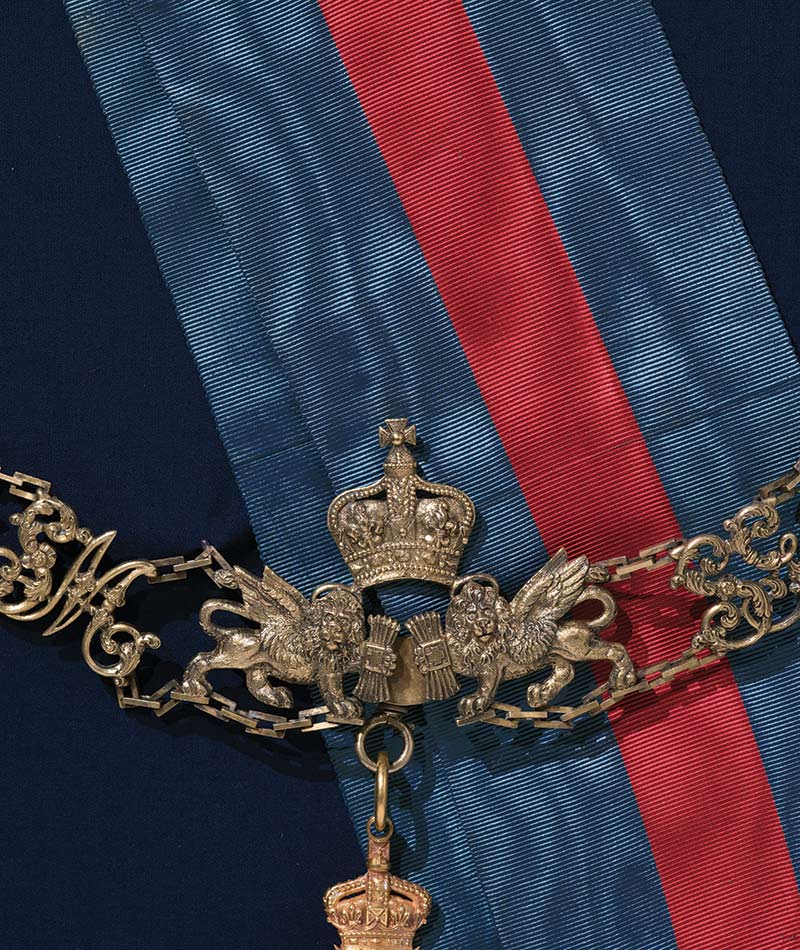 In this century –in fact at the dawn of it- the first Greek state of the modern period, namely the Septinsular Republic (Septinsular Republic) (1800) and slightly later the Ionian State (United States of the Ionian Islands) (1815) constituted new state entities in Europe, forming “Greece before Greece”, since the latter was only liberated from the Ottoman occupation in 1830. Furthermore, within the same century, namely in 1864, the Ionian Islands were united with the main national branch. The primary aim of the exhibition is on the one hand to present for the first time to the general public the Order, the Palace and the relation between them and, on the other hand, to reveal that within a general frame the two events were incorporated within and interacted with the local history and the local society. In the first, introductory unit of the exhibition is presented the general framework of that era in the Ionian Islands.

The building of the Palace

The following unit is dedicated to the Order and it narrates its foundation and its historical trajectory until today. Special explanations are made for its insignia and their semiology, as well as their relation with the local symbols of the Ionian Islands, particularly with the winged lion of the Septinsular Republic, which was incorporated unaltered to the insignia of the Order, are explained with special care. The building of the Palace, bearing the same name as the Order, is presented in a separate unit with visual, authentic material. The importance of its construction for the urban landscape of the city of Corfu as well as its incorporation in the public life are enhanced, and special mention is made to the people which contributed to its creation as well as to its architectural style. Two paintings, under loan from the British Embassy at Athens, were included in this unit and are presented in Corfu for the first time. 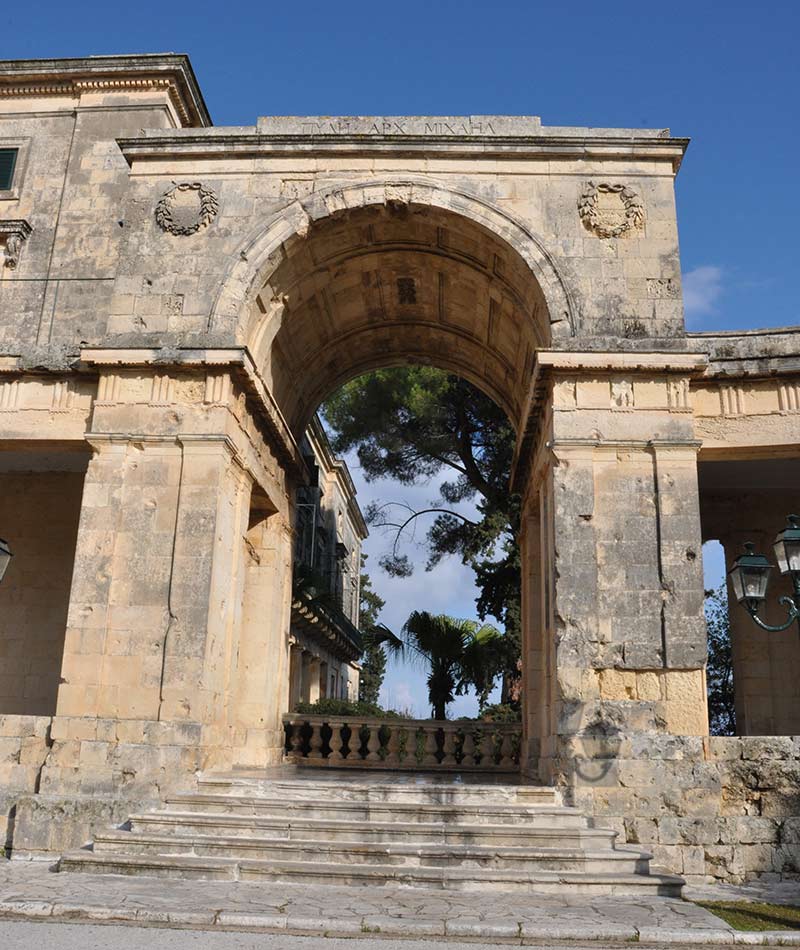 The Order and the Heptanesian-Corfiot Society

In the last unit there is displayed the link between the Order and the Heptanesian-Corfiot society, since several of its members became also members of the Order and were honoured with its insignia. In the same unit there is a special mention of the splendid administrative organization of the Ionian State, and particularly of the important institution of the Ionian Senate; among other exhibits, it is presented the digitized archive of the Order, under loan from the General Archives of Corfu. The monumental hall of the Ionian Senate, which maintains the original array of the room, forms part of the course of the exhibition, so that the visitor, upon his way out, experiences a particularly compelling hall dominated –among other exhibits- by the large scale imposing portraits of presidents of the Ionian Senate, decorated with the insignia and badges of the Order of St. Michael & St. George.